Candida Overgrowth ~ What is it and how did I persevere?

“I was sick. REALLY sick and no one knew what was wrong…and I was getting worse practically by the minute. As a wife, daughter, and mother to 4 beautiful children, I was terrified and knew I needed help.”

Hey guys, Misty Angelique here, and that was me a year ago. I was hospitalized six different times in the last quarter of 2016.

I received prescription on top of prescription based upon every new symptom that arose (and would you believe that I had more prescriptions other than shown), saw doctor after doctor, and guess what? They still couldn’t figure out what was wrong with me. It. Was. Scary!!!

In addition to being a mother, wife, and daughter, I am an entrepreneur. Always on the go. I’m dedicated and driven and get it done! When this hit me, I was too weak and sick to do almost anything. At one point, my husband even had to carry me out to the car to go to the hospital emergency room, yet again. It was bad.

During the onslaught of this, my symptoms consisted of heart palpitations, extreme fatigue, lack of interest in day-to-day activities, cravings for sugar, poor memory, acne, chest tightness, stomach bloating, brain fog, and just an all-together feeling of lifelessness. And these are just a few of many. The list kept growing as I became more ill.

Thankfully my Candida overgrowth was discovered, and I am still recovering.

Prior to its discovery, I underwent several procedures including, but not limited to: Barium Swallow, Gastric emptying, Esophagogastroduodenoscopy (EDG), Esophageal Manometry, Echocardiography (along with other heart monitoring tests), Colonoscopy, tons and tons of blood work, various food allergy tests, and autoimmune tests.

I had to make drastic changes, cleanse the Candida, and heal my leaky gut. As a result of all of the havoc, I lost a total of 28 pounds.

As bad as I wanted to lose weight (so I thought), I looked very sickly throughout this whole ordeal. Thank God I’ve gained almost half of that back by implementing healthy fats into my diet. I even experienced hair loss and thinning (see Candida and the Connection to Hair Loss blog here).

Still very sick and feeling like I was at my end, I decided to see a holistic doctor. And from there, I began to see some light at the end of the tunnel.

I followed every advice and took every natural supplement that was recommended to me. I also started a cleansing process. While I thought I was on the mend, things progressively became worse. Because I was on a hunt to kill this Candida, I over did it which caused a herx reaction (die-off symptoms). Let me explain…

Eliminating Candida involves taking drastic measures that include small changes implemented in your everyday lifestyle. If not done correctly, it can worsen and cause something called Candida Die-Off. Some may think that if you experience die-off symptoms you are tackling Candida correctly. Well, that’s not necessarily true. It’s actually much better to take this cleansing process slowly and reduce having any symptoms at all.

Die-off can cause stress to internal organs and even hinder the immune system. This is why it is very important to understand Candida, and that its symptoms vary from person-to-person for past, current, and/or future infestations.

Candida Die-Off involves large numbers of yeast and fungal cells that are rapidly killed, and a die-off (or Herxheimer reaction) occurs where the nasty by-products are released into the body. I’m not a drinker, but I was told by others that it’s comparable to feeling like you have had a hangover. When you attack Candida, it releases over 70 different toxic substances.

Acetaldehyde is the one I want to give attention to…it is a known neurotoxin, and can have a host of detrimental effects on your everyday health and well-being. It can impair your brain function, endocrine, immune and respiratory systems. Acetaldehyde plays a major role in brain fog and fatigue. Once Candida becomes systemic, those awful toxins can lead to an array of horrific symptoms that cause stress on major organs like your abdomen, liver, esophagus (as was the case in my outbreak), brain, and even your heart, just to name a few.

When I first started cleansing and detoxing, I had most of those symptoms. I was utterly and completely miserable. I didn’t really know that a lot of it was contributed to detoxing those little boogers out of my system. After my first cleanse, I eliminated some of the symptoms but clearly was unaware of the road and life of continual cleansing.

So in a nutshell, while detoxing, it’s imperative to have different supportive supplements. I have a list of go-to’s, but in short I take the following:

Now, let me just say that those are amongst the list that I continually take. I have certainly taken more but wanted to give you a glimpse of what has helped thus far.

I would also like to add that most people who experience candida overgrowth will also suffer from a form of leaky gut. So to add to the madness, I also needed gut repair agents. While trying to eliminate most of my symptoms from Candida with cleanses, I was also trying to get a handle on my food sensitivities. After all, they are all interconnected. I’m actually still in the process of healing my gut.

On the road to recovery, I’ve learned a lot about leaky gut. Leaky gut leads to a great deal of food sensitivities. I had to start narrowing down and identifying foods that I had become sensitive to while learning to use lots of healing foods as medicine to heal and repair my leaky gut.

The way food intolerance works is: food particles that are either poorly or undigested find their way through the intestinal lining. This occurs because the gut is leaky (think leaky pipes in a house). These particles enter the bloodstream, triggering an immune response. Your body will begin to think of these particles as pathogens and when it occurs, your body activates the histamine reaction (in other words, your body has an allergic reaction).

Keep in mind that symptoms of food sensitivities will vary in everyone. I immediately cut out not only sugar, but also gluten, dairy, corn, soy, eggs and consumed very low, healthy carbs. I even cut meat out for a little while to give my digestion system a rest.

As if all of that wasn’t enough, I also experienced adrenal fatigue and chronic fatigue syndrome. So to help me cope with much of this, I had to cut back on my antifungal supplements. Most antifungals work by breaking down the walls of the Candida yeast cells which releases the many toxins that the Candida colonies can produce.

Reducing my antifungal dosage has helped me by reducing the amount of toxins that are released in the bloodstream. I increase things based upon how I’m feeling. I also reduced my dosage of probiotics. Probiotics is the good stuff that will repopulate our gut, crowd out the Candida, restore your stomach acidity, and boost your immune system. With that, it could also cause die-off.

As you can see, my lifestyle has changed almost in an instant. Not to mention that this healing and detoxing process currently continues to this day. To assist in the fullness of recovering, I withdrew myself from a lot of things that were on my plate and now put a strong emphasis on resting as much as possible. I’ve increased my water intake to flush out the toxins. I work on eliminating any form of stress, as it can further weaken my adrenals and reduce my body’s ability to cleanse properly. Not to mention, it will cause my symptoms to heighten and add to what I’m already battling.

I’ve put a strong emphasis on relaxing, working out when I can (as that was a struggle in and of itself) and implemented alternative detox methods like going to saunas at the gym, hot steamy showers, skin brushing, foot detoxing, as well as colonics. The goal is to assist as much as possible to help expel the toxins in which the dying Candida cells will release.

Prior to starting the cleanse process, I had almost all of the classic symptoms. The cycle continues and I will keep cleansing until my symptoms subside and eventually completely vanish.

Don’t get me wrong, the cleanse is challenging. How I felt before doing it was unbearable, so while it’s difficult, it’s a cake walk compared to what I was dealing with. Plus, as I continue to see results, I can’t help but to be thankful that it’s slowly but surely working. The cleanse isn’t an overnight cure, but I’m on the right path!

Here’s the deal, Candida will always be present, to some degree, in your digestive tract. The trouble comes in when it’s in overdrive and takes over your gut. That’s when it changes into its fungal form, enters the bloodstream, and takes over other body systems.

The key to prevention of overgrowth is living a healthy balanced lifestyle, adapting healthy eating habits, keeping tight control of your toxin load, and keeping your stress managed. Talk about multitasking-lol!

If you think you may have Candida overgrowth, the stage you are in determines your course of treatment. If you can catch it in the early stages, it can sometimes be treated with a single cleanse. If your Candida overgrowth is more advanced and systemic like mine was, then multiple treatments are likely needed.

Check Out My Video

I really weathered a storm when it comes to my battle with Candida overgrowth. I know there are others out there suffering misdiagnoses, who are in the stages of recovery, or who have successfully treated it, and I believe that sharing my story is powerful and gives this illness a voice. I wish I can put a year plus experience in one post but unfortunately that’s not that case. I’ll continue to post on things moving forward as it’s now one of my missions to remain transparent about this and to keep spreading the word 🙂 I hope it was of value to you and gave you some insight to perhaps help you or by sharing the news to help someone else.

I made a video that documents my experience. Unfortunately, I wasn’t at my peak while I shot it so forgive me for feeling lethargic as I recorded it, but I think it will continue to enlighten you as I explain more about my experience. Check it out here ⇒ http://bit.ly/2neFjW0

Much love and peace, 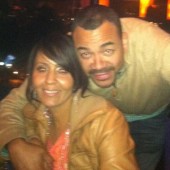 Sure Fire Ways Stress Affects How You Look

Make Your Own Makeup Remover!